How To Prevent Bad Things Happening to Good Steam Equipment

Optimizing steam equipment is vital to your plant’s success.

Do you accept off-spec raw material? No.

Will you accept off-spec equipment? No.

Where do you get your process heat?

Do you manage your heat asset proactively?

It’s all part of optimizing your production.

Jim Risko, President of TLV Corporation, began the interview by pounding on the table.

If you walk through anyone’s chemical plant, the operators will tell you that they’re so used to hearing hammer in a steam header or condensate heater, that it’s business as usual,” began Risko. “But what they don’t realize is that those bangs add up to half a million shocks a year – or more. And if you don’t address them in steam utility headers, shock waves can cause bolts to loosen, creating flange steam leaks. We normally learn about hammer events when they’re catastrophic, and we receive a call to help mitigate.”

With headquarters in Charlotte, NC, TLV Corporation is dedicated to improving the quality of any process for their clients. Rare in the industry, TLV, is a family-owned business with global headquarters in Japan. It was founded in 1950 by an R&D engineer; the current chairman is the son of the founder, a mechanical engineer with a Northwestern MBA.  TLV has companies in 13 countries with a network of over 100 distributors to service more than 50 countries. “TLV is committed to quality first and an incomparable originality, plus a willingness to invest in the R&D to innovate solutions for clients. Along the way, TLV has acquired over 2,200 patents,” says Risko.

“TLV is an experientially based company. We solve problems for clients around the world, meaning we’ll travel from the Texas Gulf Coast to California to SE Asia,” says Risko. “Our clients call us when something is going wrong. They have the confidence that we will bring them to the best practices because we do this all over the world and share information about the best way to solve a problem. Chances are, we’ve already seen the problem you’re facing and our recommendations are based on our experiences in the field.

“We have an internal manual titled Zero Defects. We design everything into our process so that people not only don’t buy a defective product, but they don’t install it incorrectly and they don’t operate incorrectly. We say, ‘Here’s the solution that will solve the challenge your company is facing.’”

Nicole is testing the operating condition of thermostatic and float thermostatic traps in a manifold system using TrapMan®.

Chances are, we’ve already seen the problem you’re facing, and our recommendations are based on our experiences in the field

TLV will be hosting back-to-back seminars on the optimization of heating systems. Collectively, they will cover the three steps to steam optimization: trap management, equipment management, and system balance. The first will be a case study on a through-wall crack at an ethylene plant in Texas. A steam release occurred on a 600 psig high-pressure extraction steam line from the cracked gas turbine in a Gulf Coast ethylene production facility. A detailed review of the third-party failure analysis, along with a site visit and field inspection of the equipment, determined that the failure was due to a condensation-induced water hammer. Jim Risko will review the lessons learned from this incident and explore the root cause and preventative measures taken.

Jim’s sessions are interactive with analogies and explanations that help attendees visualize the concepts being discussed. Jim has over 40 years of experience in steam applications, is the author of more than 50 published articles on the subject, and is co-inventor of the world’s first combination pump-traps for draining process applications.

Jonathan’s manual TrapMan® testing can be combined with constant wireless monitoring of steam traps on critical process equipment when iTrap® sensors are installed.

The second seminar will be on the cause of heat maintenance issues. Steam tracing and other thermal maintenance applications are critical to production. Heated fluids can suffer from low temperatures, non-ideal viscosity, and resultant stagnated issues. Norm White, Executive Vice President for TLV, will discuss key factors for design of existing installation improvements with a focus on tube and bolt-on channel jacket enhancers. Attendees will learn how to identify the causes for difficulty with maintaining desired heat or temperature for the transport of process fluids.

TLV is very focused on their mission—they are steam specialists. “We’re not trying to figure out how to get into another area to grow our revenue or profit,” says Risko. We’re a privately owned company, solely focused on steam utilities. And there is a heavy focus within our global organization to reduce the carbon footprint for not only this generation, but the generations that follow. Our precise focus lets us excel at what we do.” 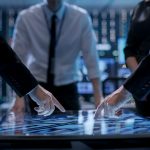 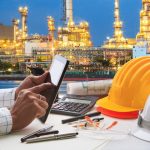