Not all robots have cute names like R2D2, and they don’t all come with quirky humanoid personalities or flailing mechanical arms and legs.

Instead, robotic process automation, or RPA, can produce a digital workforce that labors alongside human employees to improve operations and increase profits, says Jon Walden, Blue Prism chief technology officer for the Americas.

Too many organizations use employees as middleware, but automation can eliminate that mistake and bring greater efficiency — a process Walden says he enjoys.

“It’s really a fun space to be in because the ROI is pretty much guaranteed,” he declares. “You’re not just encouraging people to do software for software’s sake. It’s software for the sake of the business ahead of anything else, so it’s really easy to be passionate.”

In fact, the digital transformation that Blue Prism brings to companies satisfies every one of eChemExpo’s six focus areas, Walden maintains.

Digital workers — the phrase technologists use to describe robotics and automation that perform tasks on the job — can recognize attempts to infiltrate a system and can respond by updating a series of 1,000 routers to eliminate that traffic, says Walden.

For safety and security, digital workers are configured to monitor power distribution units, or PDUs, inside a data center, he notes. So no one can perform maintenance on them unless the system is confirmed and all the power is down. The digital workers issue video alerts to notify managers if anyone begins the process.

But the advantages of digital workers go beyond that. The pandemic has shown that they aren’t bogged down by what’s going on around them. “They continue to produce value because they’re really focused strictly on the work that they’ve been told to perform,” Walden says.

That doesn’t mean that digital workers necessarily replace their human counterparts, he contends. Instead, the digital workforce complements the human workers.

At the show, Blue Prism will introduce attendees to eight new product releases, many of them designed to help manage the digital workforce more effectively. It’s all about creating a unified workforce of human employees and digital workers, Walden maintains.

The company will demonstrate technology that relieves human workers from the drudgery of filling out seemingly endless regulatory forms and reports. “It enables you to use human workers to do things that have higher value,” Walden says.

Another demonstration, one called “Rusty Pipes,” will show how artificial intelligence combined with cameras placed at critical junctures can alert plant personnel when oxidation has reached dangerous levels, he continues. That can prove critical because of the difficulty of having human workers at the right place at the right time to note that decay.

What’s more, artificial intelligence, or AI, learns to recognize harmful levels of oxidation at an earlier stage than humans can discern it, thus contributing to the health and safety of the entire organization, according to Walden.

Through machine learning, experience teaches AI to make better decisions. Because AI has nearly instantaneous access to information on everything that’s happened in the past, it can analyze and make a decision much more quickly than a human could, Walden notes.

AI can also streamline human decision-making by consolidating a number of systems into a single operation,  Walden maintains. “That’s really the value out of a digital workforce,” he says. “They bring it all together.”

Digital workers are also good at keeping an eye on things. Walden tells the story of a company that reduced costs and avoided problems by rerouting trucks to take advantage of weather patterns. The company also began placing sensors on the trucks to confirm that maintenance was performed, a change that reduced breakdowns from hundreds per year to virtually none.

In another supply-chain situation, companies can use the digital workforce to calculate exactly how big a discount to give customers who use their own trucks to pick up products. That often provides customers with a bigger discount, and it frees the supplier from the responsibility and expense of trucking so many products.

The digital workforce also helps with zero-based design, Walden notes. When a company is starting from scratch, it can determine the best approaches. He gives the example of his wife cutting both ends off of a pot roast because her mother always did that. They asked her mother why, and she said the pan was only six inches long.

In much the same way, companies that stop doing things by rote and begin considering their operations carefully can gain a true understanding of their workflow. Then they can determine where to place cameras and computers to keep plants safe.

The Blue Prism demonstrations and seminars are geared to a particular type of attendee, Walden says. “The paradigm challengers need to attend our booth,” he maintains.

“If you just want to do roast beef the way you always have, feel free,” he suggests. “If you recognize that it’s maybe not sustainable, it’s not supportable, this is a huge opportunity to leverage digital workers going forward.”

That opportunity means a lot to Walden, who began his career as a machinist and eventually became a diverse technologist and evangelist for robotics and digital transformation. “It’s everything from databases to hardware to big data,” he says of his career. “And I really fell into the automation space six years ago.”

U.K.-based Blue Prism began operations 20 years ago and now employs a thousand workers globally with more than 300 in the U.S. It also works with a large network of partners.

“It’s about our digital workers and getting those into the hands of organizations,” Walden says. 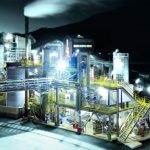 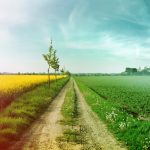