Drones aren’t only for warfare and spying. The intelligence they gather while swooping around outside of a plant can be combined with information captured by fixed indoor cameras to foster a profound understanding of what’s working or failing to work.

The company strives to go beyond a “common data environment” to establish what it calls a “comprehensive data environment” based on operational analytics, machine learning and technology it acquired last year called “reality modeling,” Newman said.

“Reality modeling is the capability to combine photographs, geospatially enabled or not, to create a 3-D reality model of the condition of your facility,” he said. “It doesn’t require laser scanning, although you can supplement it with that.”

Videos at the Bentley Systems eChem Expo booth showed how reality modeling is integrated with older methods of plant maintenance, Newman continued. But operators can also see aspects of the plant that weren’t included in the design models, he emphasized. Reality models are updated in near real time, and some users are taking pictures every day to keep up with changes, Newman said.

As a result, Newman views reality modeling as relevant to all five of the eChem Expo focus areas, which are safety and environment, capability enhancement, capital effectiveness, energy efficiency, and sustainable development.

The data Bentley Systems provides can increase efficiency and improve decision-making, he said, noting that studies show engineers spend about half their time searching for information.

Better understanding of the plant can reveal the best times of day for production because of variable costs per unit of electrical power, Newman said. Similarly, it can help operators calculate when to close down parts of a plant for maintenance to avoid higher energy costs.

Bentley System’s analytics capabilities help reduce environmental impact because operators know when the plant is deviating from normal operations. That ability to detect anomalies will improve in the next two years because of additional machine learning, he said.

Receiving information of this sort from this source may surprise some engineers. “Most people don’t know Bentley Systems as an operations and maintenance provider,” Newman continued. “Most know us for MicroStation, the design tool.”

But the new emphasis on operation and maintenance began about five years ago and has gained even more importance in the last two years, he noted. Much of the change has come through acquisition of other companies.

“We’re looking to provide comprehensive lifecycle support for all operations and maintenance,” Newman said. “We don’t have any customers who do everything we could do but some are moving in that direction. We have lots of users who do two, three or four pieces of the six or eight things we do.”

Customers can add capabilities as they please, he said. Bentley Systems can also help companies integrate its services with older software.

The company works with a number of differing industries – like oil and gas refineries or chemical processing plants – and can transfer unfamiliar best practices from one type of plant to another, Newman said, whose background includes 17 years in the nuclear power industry.

Besides sharing knowledge, the policy of employing best practices from other industries helps Bentley Systems avoid customizing every piece of software for each customer, Newman noted. “That’s defeating the purpose of reducing operational costs,” he said of customization.

Cost reductions, aside, the technology holds great promise. In the near future, Bentley Systems reality modeling will integrate with virtual reality technology, such as Oculus Rift, Newman said. “What you’ll see more and more from us is helping people visualize the world they’re in.” Terms like “visual training” and “visual planning” apply.

The technology will soon – perhaps within four years – have the ability to immerse crews in interactive mockups of hazardous environments, Newman said. Before they’re plunged into the hostile reality of a plant failure, the workers could take action in virtual reality and see what results that would bring in the real world.

Training in the fundamentals will also come easier with virtual reality, he noted. Managers can’t send trainees out into a plant to learn by breaking something, but they can allow them to err when the equipment’s not real.

Studies confirm that people react a bit differently to virtual reality than to the all-too-true stress of reality itself, Newman conceded. But he maintained that virtual reality is reaching a stage where it can “almost” make users forget they’re not immersed in real life. “If you’re climbing a ladder and you put your hand in the wrong place, the system knows it,” he said, and it can incorporate that error into the scenario.

Virtual reality will promote knowledge capture because it will incorporate the learning of experts with decades on the job, Newman predicted. But it won’t ossify that wisdom because users will overlay their own techniques and thus might come up with a better approach, he said.

What’s more, virtual reality should appeal to younger workers who’ve been nurtured on digital approaches to life, Newman said. His own fourth-grade daughter attends school online with classmates from throughout North Carolina, who meet in person only for the occasional outing.

“The kids in this generation are never going to sit there and read the manual,” Newman said. “They’re going to ask for the electronic version or suggest you show them how to do it.”

Newman’s optimistic that the technology will come together because the industrial sector can generate pay enough to make developing it profitable for companies like Microsoft. Gaming alone probably couldn’t generate enough interest among tech companies to advance the virtual reality software, he observed.

Despite what he sees as advantages to reality modeling, shortcomings will persist, Newman admitted. “It will never replace touching something,” he said. “No matter how good the virtual reality gets, it doesn’t feel like steel.”

The tension of cleaning up a hazardous spill can’t be duplicated, Newman admitted, but virtual reality training can familiarize responders with what they need to do and how it’s been done before. Better outcomes will result, he predicted. 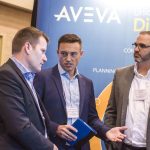 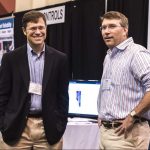