Boost training and productivity in the field

Millennials were plopping down in front of computer screens to play video games by the beginning of the ‘90s, learning to side-scroll their way through the alternative universes of role-playing games known as RPGs. Now that generation, whose members have reached their 20s or 30s, can capitalize on their ingrained comfort with computers to become better chemical-plant operators. With the help of Voovio procedure simulations, workers can sharpen their skills by moving around a visual simulation of the plant, checking gauges, opening and closing valves, and flipping levers created by “enhanced reality technology,” according to Christian McDermott, the company’s country manager for the U.S. Some find the system akin to McGee ambling around his virtual suburban house.

McGee aside, Voovio software creates a virtual chemical plant by employing a normal camera to shoot conventional photographs of industrial assets and then transforming those images into three-dimensional representations of a building’s interior. The resulting virtual plant becomes a training ground for new operators. Users “walk” through the simulation of the plant on a laptop, desktop or tablet screen in what McDermott refers to as “our Digital Replica solution.”

Voovio’s procedure simulation solution can couple critical procedures – such as equipment startup or shutdown – with the Digital Replica to enable users to practice the steps they need to take to perform the task “as if you were doing it in the field,” McDermott says. For example, Voovio has married an Eastman Chemical Co. Digital Replica to procedures gleaned from written manuals, PDF files and Microsoft Word documents. “You can train on it and know where things are so you’re much less likely to make errors in the field,” he notes. The Simulator reduces training time and can capture, store and disseminate the “tribal knowledge” that a company could lose when veteran employees leave the fold, McDermott maintains. “It’s a great tool for knowledge management and transfer,” he says.

Workers can sharpen their skills by moving around a visual simulation of the plant, checking gauges, opening and closing valves, and flipping levers created by “enhanced reality technology.”

A third product, the Field Assistance tool, enables plant employees in the field to use their tablets to peruse the information Voovio gathers and displays. That way, they can take their training materials into the field instead of studying them only on a laptop or desktop at another location. The product’s timing seems right. In more than 100 interviews that eChem Expo conducted to prepare for the conference, Eastman officials often indicated that handheld computing devices will proliferate at the company in the next two years.

Voovio offered that handheld capability to Eastman in the project the two companies have pursued together. Now, the relationship is continuing as Voovio and Eastman begin additional projects in other business units, McDermott says. All of the Eastman projects will follow the general Voovio approach of duplicating and explaining the plant.

“Voovio’s power lies in its ability to simulate critical operating procedures,” McDermott says. “Operators learn, review and practice them on their computer or tablets as though they were in the field. Or they can take their tablets into the field and have a step-by-step manual.”

Besides increasing the operator’s confidence, Voovio promotes safety, McDermott maintains. “Reducing errors is a key part of what our customers are trying to achieve with Voovio,” he says. Productivity improves with Voovio because plants save time in two ways. Operators don’t have to make unnecessary trips into the plant because they can see the virtual version on remote screens, and fewer errors occur so there’s less downtime, he says.

A Voovio’s Digital Replica of a plant can boost productivity, facilitate training, aid in planning and sharpen the execution of procedures.

“Liability is a word that keeps popping up,”

McDermott continues, adding that having fewer errors – a goal that the software helps accomplish – leads to reductions in the number of accidents in a plant. The term “sustainability” as it applies to business growth also comes to mind because companies can stay within their budgets by choosing to employ large or small portions of Voovio’s offerings or apply them to a few or many business units, he notes.

Whatever level of Voovio involvement an organization chooses, Voovio helps standardize training, McDermott emphasizes, because senior employees can control the instructions that appear in boxes that pop up during a simulation. The boxes could become a tool that senior employees use to compose notes that convey information that resides in their heads but has never been captured in writing.

Some experienced workers record videos containing tips for newer employees, and Voovio incorporates them into the system, McDermott notes. Veterans of the plant can also cite Web links for Voovio to embed in the simulations can direct users to a site that illuminates an aspect of plant operation. A tool enables senior operators to enter the information themselves, which Voovio finds more effective than interviewing and third-party entry. “It’s a neat way of capturing information and storing it in the right place – like in a step in a procedure,” he says of the system’s features.

Reducing errors is a key part of what chem plants are trying to achieve with Voovio.

eChem Expo attendees will have an opportunity to see for themselves how the action proceeds when viewed on a large screen or tablet at Voovio’s booth on the exhibit floor. The company’s work with Eastman will be up for discussion in two seminars during the trade show’s conference. Voovio is gearing its presentations for management and operators who work in operations, training, safety and production. “People apply what we do to what they do, so they come up with applications we haven’t thought of,” McDermott says of conversations at industry events. “That’s why we’d love to meet everyone.”

So Voovio is learning as it teaches. It’s still a young company, founded in Spain in 2008. Its entrepreneurs spent about four years developing its core technology and late in 2012 began offering it to nonindustrial entities that included museums, universities, airports, trains, transport companies and the hospitality industry. It established two offices in Spain, with research and development centered in the Madrid facility and production carried out in the town of San Sebastian.

In late 2014, Voovio began working with industrial customers in the process industry and expanded to the United States. The company opened its U.S. headquarters in Houston to be near the chemical and refining plants along the Gulf Coast. In addition to its current customers, Voovio is working with many top global chemical and refining companies through its pilot program. “We realized the challenges we can fix are in industrial companies – in training and operations,” McDermott says of the company’s ongoing foray into the chemical industry. 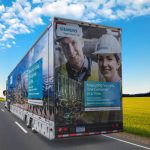 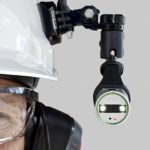 Bartec Is Partnering at the Expo To Reflect Partnering in the FieldPre Event, Volume 2