UiPath, a robotic process automation provider, is redefining the phrase “runaway growth.” The company’s revenue increased by 300 percent in 2015, 400 percent in 2016 and 1,000 percent last year, says Guy Kirkwood, whose job title at the company has changed from chief operating officer to chief evangelist.

Meanwhile, the growth of UiPath’s staff and the expansion of its geographic scope are keeping pace with skyrocketing revenue. The company has blossomed from 30 employees in Romania in 2015 to 540 in 15 countries today, and it expects to employ 1,000 by the end of this year, Kirkwood notes.

Recent UiPath meetings have attracted 700 attendees in New York, 800 in the United Kingdom and a standing-room-only crowd in Japan. “This year they were free, but next year we’re going to charge for them,” Kirkwood says of the gatherings convened to familiarize potential users with the company’s products.

UiPath asked 15 user companies to join an advisory board, thinking that four or five would accept the invitation, Kirkwood says. “Within 48 hours, all 15 said they want to be a part of this,” he recounts.

The company began building an automation library in 2005 and went to market with its products in 2012, according to Gabriel Pana, vice president of sales for telecommunications, utilities, manufacturing, energy, and oil and gas for UiPath Americas. The letters “Ui” in the company name stand for “user interface” – the means through which a user and a computer interact. Company officials say their software can operate on the user interface in much the same way a human would.

In three years, UiPath is blossoming from 30 employees to 1,000.

At eChem Expo, the company plans to offer two seminars – one centering on the current state of robotic process automation (RPA) and another devoted to the future of RPA, Pana says. The sessions may attract standing-room-only crowds, Expo officials say, based on the packed houses that recent UiPath gatherings have drawn on several continents.

In UiPath’s eChem Expo discussion of today’s RPA scene, the company intends to describe how the technology is carrying out repetitive manual tasks, thus freeing workers to attend to higher-level duties. “That can transform business as we know it,” Pana declares.

The session on the future of RPA will focus on machine learning, Pana continues. Discussion will center on how software can observe patterns in human behavior and improve upon them to make plants more efficient, he says.

UiPath’s seminars and its displays on the exhibit floor will provide information for anyone involved in strategy and digital transformation, Kirkwood says. Attendees will see that UiPath’s pursuit of RPA is embodied in three products: UiPath Studio, UiPath Orchestrator and UiPath Robot, he continues.

UiPath Studio, which is open software that develops robots, enables the company’s customers to build their own intellectual property on top of the UiPath platform, Kirkwood says. “Our platform is a tool set that allows you to do some very interesting things,” he maintains. While competitors take a more “black box” approach, Studio is highly extensible because it’s on .NET and is configured to help users add products, services and other capabilities, he emphasizes.

"UiPath will address the current state of robotic process automation and RPA’s promise for the future in two eChem Expo seminars."

An attendee took the mic to pose a question as a packed house sought to learn more about UiPath at a conference the company hosted in India.

and creates a digitized workflow, Kirkwood continues. The workflow is used to instruct two types of robots. Back-office unattended robots work in the background to increase efficiency and lower costs. Attended front-office robots perform tasks like augmenting customer service by gathering information from multiple departments and furnishing an agent with a coherent view of the “the truth,” he notes.

Soon, the robots will observe how humans actually perform tasks – as opposed to how humans say they carry out those duties – and then the robots will be able to build themselves, Kirkwood says. That will happen by the end of this year or early next year, he predicts, adding that “this is really powerful stuff.”

So Studio sets companies on the road to artificial intelligence, or AI, which Kirkwood defines in business as the capability to deal with semi-structured and unstructured data. He cites invoices as an example of semi-structured data because they arrive in multiple formats with data spread across differing forms. Unstructured data includes things like email messages, telephone calls and other ways humans interact directly, he notes.

“If you’re able to automate the structured data that’s really good because it means your humans will not have to do that grunt work,” Kirkwood says. But the ability to handle semi-structured and unstructured data opens up many more possibilities, he maintains.

Soon, the robots will observe how humans actually perform tasks – as opposed to how humans say they carry out those duties.

Once Studio creates the software robots, UiPath Orchestrator then provides autonomous automation, which amounts to robots managing robots, according to the UiPath website. “You can audit and monitor their activities, schedule all types of processes, and manage work queues,” the site says of Orchestrator. “Create world-class reporting from Elasticsearch and Kibana tools. Release management, centralized logging and role-based access are also supported,” the site says.

When it comes to the robots themselves, users don’t have to choose between attended or unattended automation, according to the site. “Our robot is the industry leader for SAP, Citrix, and Mainframe processes, using unmatched computer vision for exceptionally rapid and precise automation” the site says. “It opens, acts upon and closes any local, legacy or Cloud application and extracts, processes and passes data between any application, document or database.”

The company also offers a version of its technology to the public for free. That’s not a typo – anyone can use UiPath Community Edition to automate tasks without paying a single fee, Kirkwood says. Organizations can use it to test the systems before committing to wider use of the technology, he suggests.

Consulting organizations – such as Deloitte and others – are training their people as quickly as possible to become RPA experts.

The UiPath Academy offers online training in use of the systems, and it’s also free, Kirkwood says. Right now, 35,000 people are taking the course, and since its inception in April of last year, 9,200 have become certified users, he says.

RPA constitutes a good first step toward digital transformation, Kirkwood continues. It’s relatively easy, relatively cheap and offers good return on investment, he maintains. Companies are performing bigger pilot tests and once the test are complete they’re scaling up across their enterprises more quickly now than they were just a short time ago. That’s because there’s less skepticism about RPA these days, he observes.

Meanwhile, consulting organizations – such as Deloitte and others – are training their people as quickly as possible to become RPA experts, Kirkwood says. The rush to RPA vindicates him, he says, because four years ago he was laughed at when he said RPA would become as big as enterprise resource planning, or ERP, was in the 1990s. “No one’s laughing now,” he adds.

Still, RPA remains in its infancy. One company that’s working with UiPath estimates that it has automated about 2 percent of the functions it could automate, Kirkwood reports. That user should not feel alone, he adds. “It’s barely begun,” he observes.

But the future belongs to RPA, Kirkwood asserts. By 2020, millennials will become 85 percent of the workforce in the United States and Western Europe, he observes. That new generation does not want to perform the mundane task of manually transferring information between systems, he says. “Automation is a necessity for enterprises,” he contends. “There simply is not any choice.” 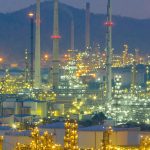 AVEVA and Eastman are Working Together to DigitizePre Event, Volume 2 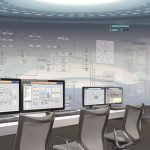