KINGSPORT, Tenn. – The 10th edition of the eChem Expo attracted 1,340 registrants and more than 200 exhibitors to the Meadowview Conference Resort and Convention Center here on April 5, continuing an 18-year tradition for the biennial conference and exhibition.

Executives and employees from Eastman Chemical Co. – a global specialty chemical company with corporate headquarters and one of the world’s largest chemical plants here – were well-represented among the hundreds of engineers who earned Professional Development Hours (PDHs) at the event’s 60 accredited seminars and four featured panels.

Throngs of attendees visited the show’s exhibit-floor booths to gain firsthand knowledge of products and services offered by participating venders, many of whom already have working relationships with Eastman and with other process-industry plants in the area.

“There’s really no other gathering quite like eChem Expo,” says Peter Knox, a California-based chemical engineer who founded eChem Expo in year 2000 and works with a planning committee, mostly from of Eastman Chemical Company, to develop the event. “It’s a completely market research-based expo and conference.”

In other words, eChem Expo surveys engineers and plant operators to determine what exhibitors to invite to the show and what topics to cover in the event’s seminars and panel discussions. Starting about a year before the 2018 event, Expo officials conducted more than 100 stakeholder interviews with Eastman employees to learn about their workplace hopes, concerns and expectations.

“This is a one-of-a-kind event for North America, and how exciting is it that we have it in our local area?”

revealed intense interest in the digital transformation that’s sweeping process-industry plants, the movement toward greater use of mobile computing devices to operate plants, and the convergence of information technology (IT) and operational technology (OT).

Most trade shows take the easier and simpler approach of inviting back previous exhibitors and presenting the same old conference sessions, notes Gene Skates, a 40-year Eastman procurement executive who’s one of the longest-serving members of the eChem Expo planning team.

“The process for each show starts from scratch,” says Steve Smith, who leads Eastman’s control systems support organization and has served twice on the eChem Expo planning committee. The 2018 edition of the show more fully engaged manufacturing and IT personnel than had previous gatherings, he observes.

Another key advantage the show offers is its location – practically in Eastman’s backyard, according to Jan Shumate, Eastman director of worldwide engineering and construction services and solutions and a member of the event’s planning team.

“This is a one-of-a-kind event for North America, and how exciting is it that we have it in our local area – right here where we live and work?” Shumate declares. “We have folks from all over the world here. We have the best and the brightest ideas right here for us to take advantage of.”

For Eastman employees, the location means they can attend without the need for airfares, lodging, rental cars and meals on the road. The proximity of the show to the plant also reduces the travel time that cuts into the company’s work schedule.

“Looking ahead to eChem Expo 2020, continued emphasis will be given to expanding the base of attendees from other companies in the region and identifying national and international entities who might like to co-locate” says Knox. 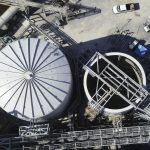 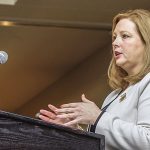