Approximately 14 percent of all plastics being produced in the world are recycled, a European businessman said Thursday, April 21 at eChemExpo 2022.

“The balance of that [goes] into incineration, landfill, or worst case, into the environment,” said Plastic Energy Founder and CEO Carlos Monreal, who gave the closing keynote speech.

Some companies say “we” are sending between eight and 10 million tons of plastics every year into the oceans.

It is estimated that the world’s oceans hold in excess of 150 million tons of plastic, and that almost 70 percent of the seafood people normally consume has traces of microplastics.

Monreal shared data on global plastic usage during his presentation. Every day, more than one million tones of plastics is produced worldwide. Every year, more than eight million tons of plastic ends up in the ocean. The use of plastic has increased twentyfold in the past half century, Monreal’s data shows.

Change may have started back in 2018 when China banned the importation of waste products into the country, which Monreal said made the world wake up to see what was happening. Europe, the United States, Australia, Japan and other developed countries diverted exports of waste plastic from China to developing countries, many of which do not have the infrastructure to process the waste.

As a result, Monreal said it was an economical decision for the industry to process the waste plastics locally.

“They have realized that we have to work all together, because this is something that is not going to be possible to be done by only one single company,” Monreal said.

The speaker said he hopes there will be new technologies that could increase the 14 percent recycling rate and move closer to rates of other materials, such as paper and glass.

The paper and glass industries have between 70 percent and 85 percent recycling rates of their materials.

In Europe, chemical recycling of plastics is in use.

“So what we are trying to do with chemical recycling is to give a second life to those plastics,” Monreal said.

His company is working to convert those materials into a type of new feedstock that could once again close the loop.

“So, yes, we want to increase recyclability, we want to particularly in our case, we are defending the plastics-to-plastic concept, we are not supporting plastics to field,” Monreal said.

The speaker added, “So, clearly, we are defending chemical recycling or bin recycling or (with into) a business model, which is going to be plastics into plastics.”

Advanced recycling provides a solution. Plastic Energy has two plants in Spain that have been operating since 2015 and 2017.

Plastic Energy is a leader in plastic recycling, Monreal said. The company has a patented technology and “practical operational expertise” of two plants in Spain that have been operating since 2015 and 2017. He shared a world map showing projects across the globe, including Australia, Malaysia, the Netherlands, and the United States.

“Positive evolution towards high-level recognition of advanced recycling as a solution to increase recycling in Europe,” the slide states.

The policy landscape in the U.S. is more challenging with varying approaches by federal and state governments, the slide states.

“More work on the policy front is needed to provided clarity in how advanced recycling can fit into the waste landscape of the US,” the slide states.

The slide added, “Despite a challenging landscape, there is enormous potential for advanced recycling infrastructure in the US.”

Another issue involved post-consumer plastic waste, which Monreal said has a high level of contaminates. It is a “different animal” to process. It can be a challenge to operate a plastics recycling plant for more than 220 days per year. He said it is a two-to-three year learning process for experience to properly operate such a facility.

“Because you will not be operational every single day,” he said. There will be days the plant will need to stop for clean-up and then starting up again.  The company’s system is not continuously operating, Monreal reiterated.

“So, we have realized that works well,” he said. “For us, we know that in the chemical sector, talking about continuous systems is what makes sense. I don’t want to say that we will not end up there. But clearly right now we prefer to work with something that we know works.”

The preparation of feedstock and maintaining the system is critical in continued growth, he explains.

Humans have always developed technologies to improve the quality of life, such as improved healthcare and agriculture, according to a video Monreal shared during the speech.

“However, our lifestyle also generates serious problems due to the ways in which we use plastics with the lifecycle of less than 12 minutes. The plastics that we use and throw away every day, are rarely recycled and end up piling up in landfills,” the video states.

It is estimated that the world’s oceans hold in excess of 150 million tons of plastic, and that almost 70 percent of the seafood people normally consume has traces of microplastics. If society continues in this direction, by 2050, there’ll be more plastic than fish in the sea, and the situation on land will further worsen.

“How can we manage this plastic wave which threatens our planet’s existence?” the video asks. The answer may be the two plants in Europe that Plastic Energy has operating year-round to recycle plastic waste.

What the company is trying to do is focus on the circular economy, by increasing recycling, decarbonizing the industry, and improve the value chain, Monreal said.

Despite a challenging landscape, there is enormous potential for advanced recycling infrastructure in the US 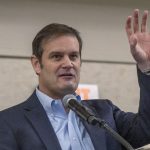 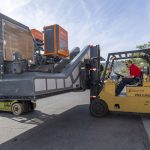